In the SQA Higher Chemistry course, students are expected to be able to use molar volume (Mv) and calculate the amount of a gas (litres) given off using mole equations. Using the triangle in the diagram below, the relationships between the number of moles (n), molar (Mv ) and volume (V) can be determine where n = V/Mv and V = n * Mv . The molar volume can be defined as the volume of gas in mole of a substance, with units of mol/l (mole per litre), which in most cases in constant. In many chemical reactions, there is gas given off, such as carbon dioxide (burning of hydrocarbons) and hydrogen (reaction of a metal with an acid produces hydrogen gas). Working out how much gas is given off is possible by using these formulas, which could be applied to a real scenario, such as a chemical plant. 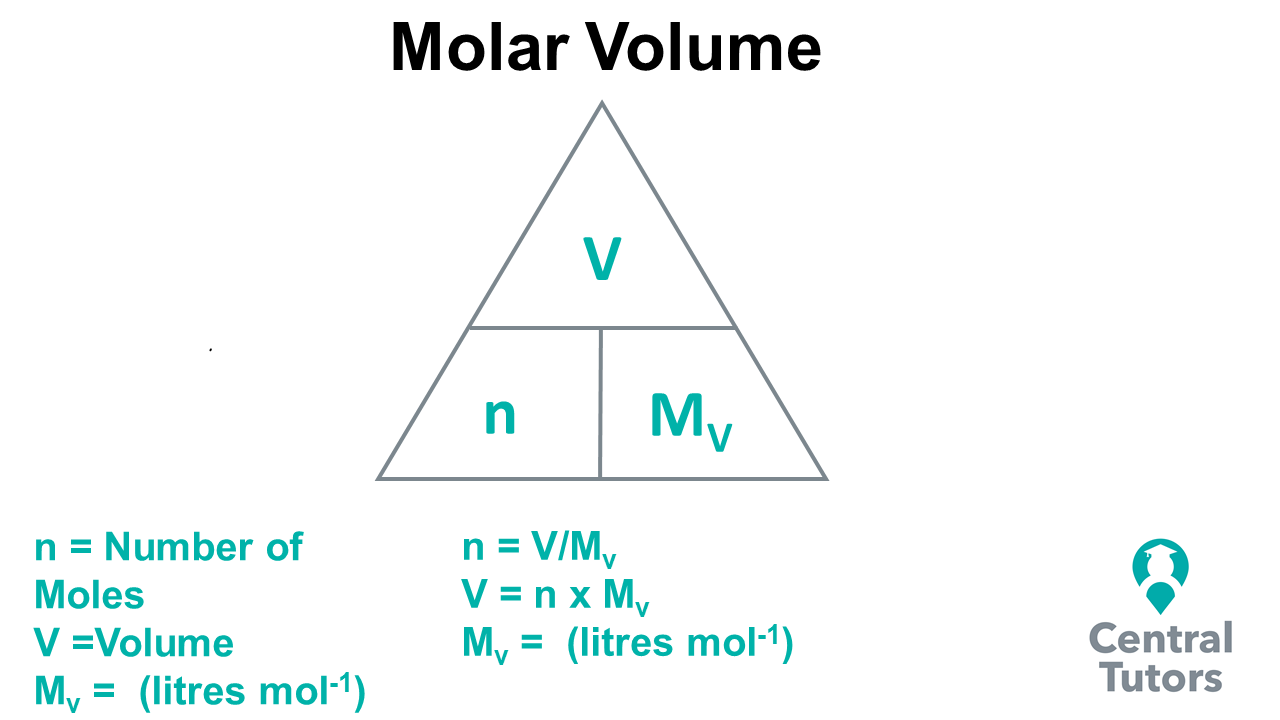 By applying the above formulas, we can solve specific problems, relating to mole calculations involving volume.  An example of how to do this is shown below.

Reacting 5 grams of zinc with excess hydrochloric acid, produces 1.92 litres of hydrogen gas. The mole calculation was quite straightforward, because it was a one-to-one mole ratio.

What mass (grams) of propane is burned to produce 150 cm3 of carbon dioxide, using the following equation below:

Using the mole ratio and the relationship between molar volume, volume and number of moles, many problems can be solved. Following the simple steps above, it is possible to solve most problems in the SQA Higher Chemistry course. Private chemistry tutors will be able to go through specific examples involving molar volume mole calculations, which will help you consolidate the work.